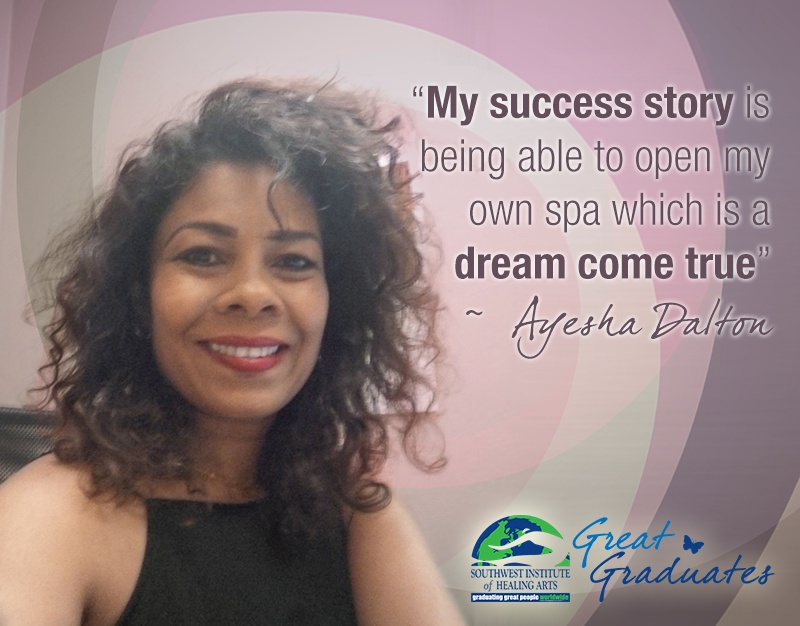 Ayesha Dalton’s recently-opened spa, just over 9 months old, has a warm and loving atmosphere that exudes professionalism and pristine care. Ayesha’s passion for beauty and well-being developed long before her studies at the Southwest Institute of Natural Aesthetics. She is passionate about what she does, sharing, “I value the importance of taking care of how I look. I’m here to help anyone who needs encouragement and advice to look and feel their best. Therefore my passion became obvious to me, as did the awareness that I should share this with all who want to experience it.” 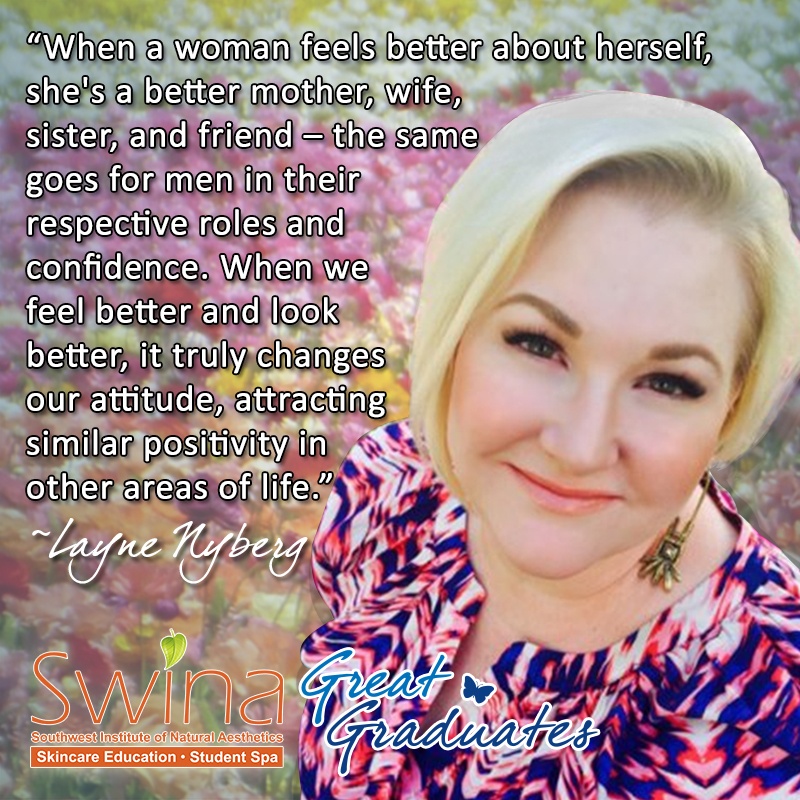 Layne Nyberg is one sweet sugar mama! As a professional aesthetician and business owner who runs two waxing salons in Scottsdale, Arizona she has always had a deep desire to help people and found her passion and purpose was in the skin industry. Earlier on, while preparing for nursing school, she found herself being drawn to serve in the aesthetic industry. As she entertained the idea of becoming a licensed aesthetician, she began to recognize the many ways the industry significantly contributes to changing people’s overall well-being. She states, “When a woman feels better about herself, she's a better mother, wife, sister, and friend – the same goes for men in their respective roles and confidence. When we feel better and look better, it truly changes our attitude, attracting similar positivity in other areas of life.”

Intuitively knowing that she was to follow her love for skincare, she researched multiple schools, declaring, “SWINA was the best school, in my opinion, particularly for the laser program, and that really intrigued me. I only wanted to learn from the best.” Layne smiles wide as she expresses, “I love skin! Before I went to SWINA it might have been creepy to say that . . . yet, now I can say it and it's not weird at all! 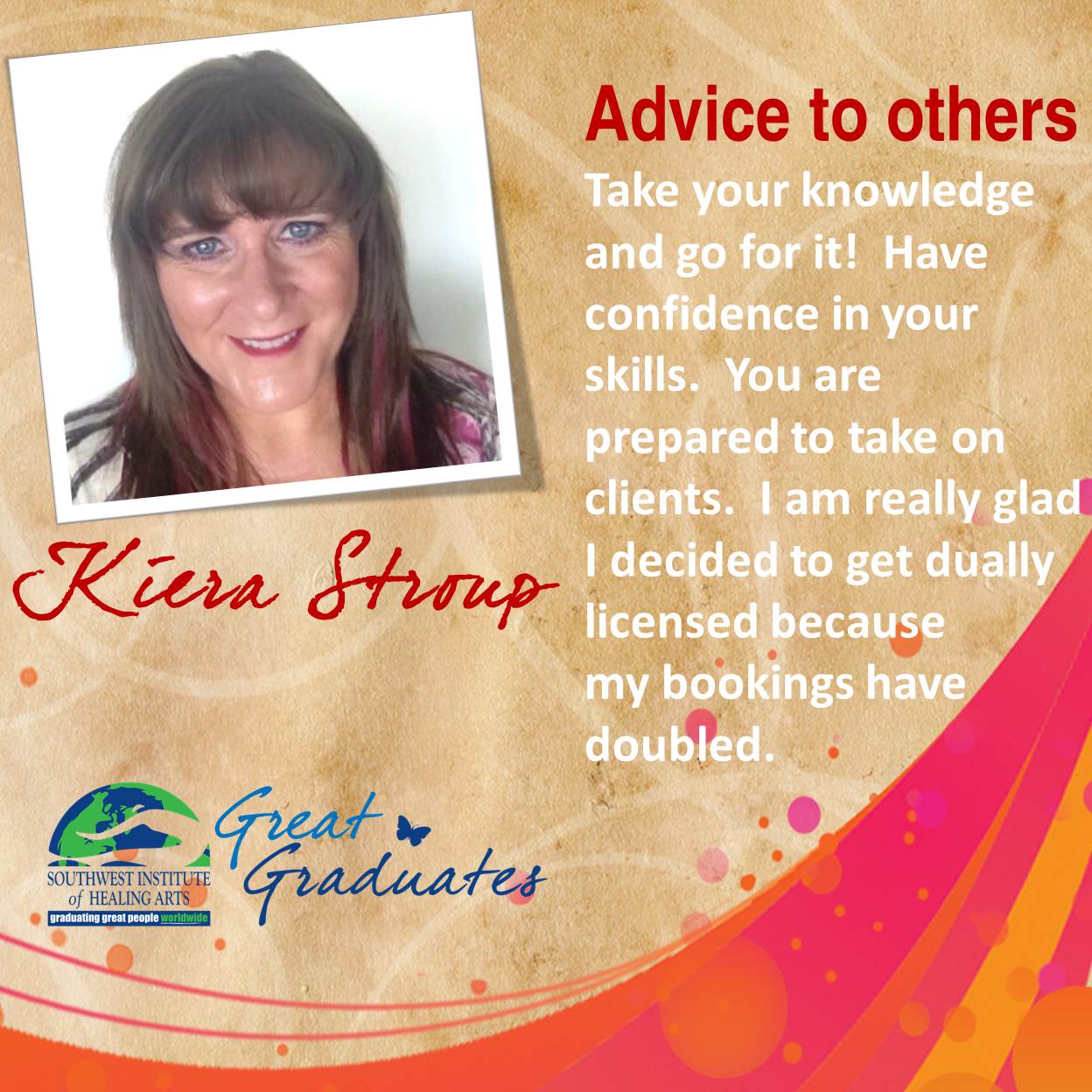 Seeking Serenity in the Southwest

Kiera Stroup always wanted to move to Arizona. A native New Yorker, Kiera earned her Bachelor’s degree from Manhattan College and then began a corporate I.T. career that lasted 27 years and took her to Connecticut, California, and finally Memphis, Tennessee. It was at the University of Memphis where she earned her MBA. However, Kiera still longed to live in the Grand Canyon State. In 2013, Kiera’s corporate I.T. career came to an unexpected end when the company she worked for eliminated her position. Instead of feeling sorry for herself, Kiera took it as a sign and headed for the Valley of the Sun to fearlessly pursue her dream.

Since Kiera had a longtime interest in skincare, she felt that a career change to the field of natural beauty would be a good fit for her. She found Southwest Institute of Healing Arts (SWIHA) and called to inquire about aesthetics programs. Based on Kiera’s other interest in massage, her Admission Coach suggested SWIHA’s 1000-hour Massage program

, which would allow her to become dually licensed in massage and aesthetics. This specific program is unique, in that, students have the opportunity to complete part of their program at Southwest Institute of Natural Aesthetics (SWINA), SWIHA’s branch campus where the natural aesthetics programs and courses are held, located two miles south of the main campus in Tempe, Arizona. 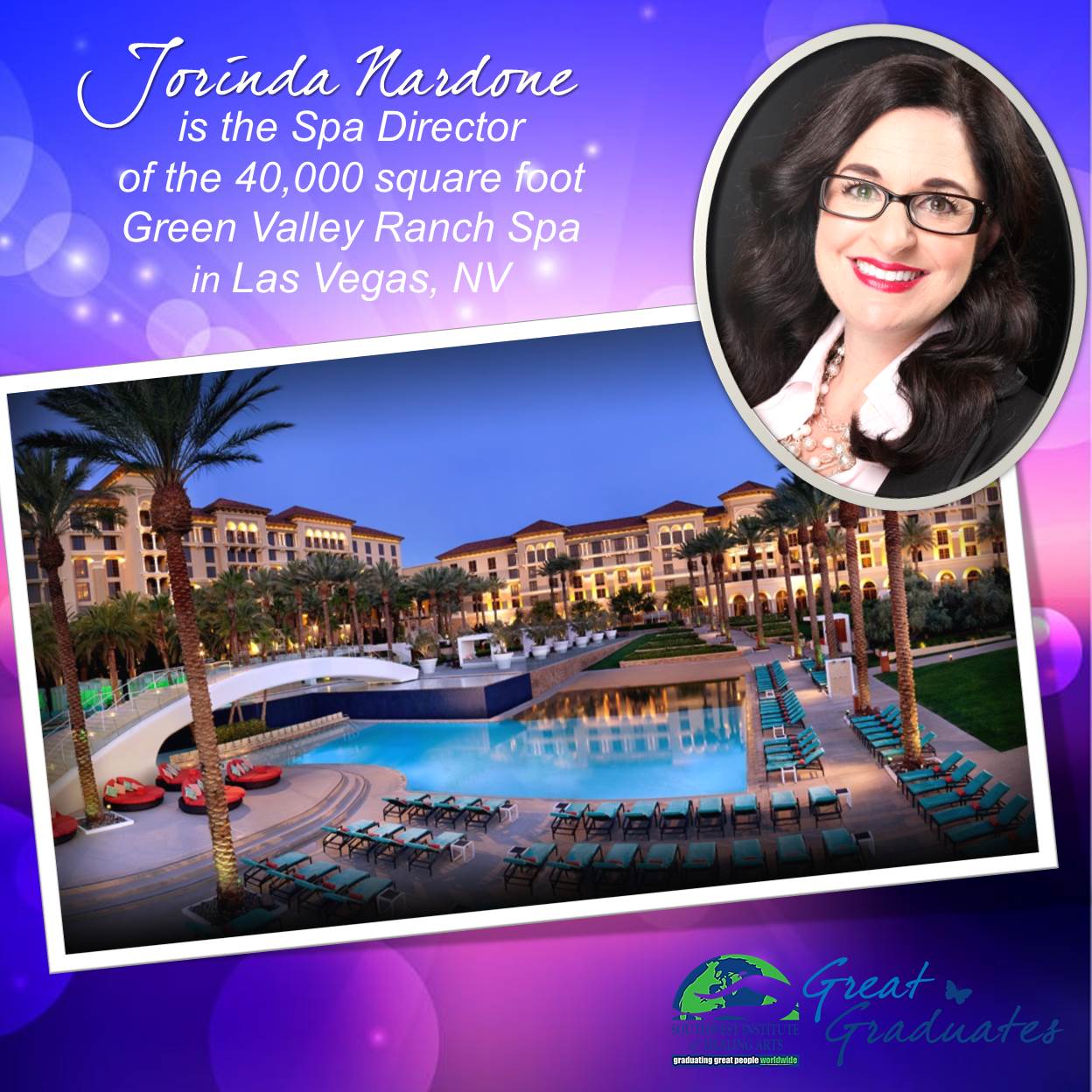 , the road to this level of success was paved with hard work, long hours and dedication. A 2001 graduate of Southwest Institute of Healing Arts’ (SWIHA) Massage Program, Jorinda came to SWIHA for what she thought was a career change, however, during her program she began to notice a transformation within herself, and heal old wounds in the process. Taking a look at herself and her healing process led Jorinda on a completely different path than the one she originally intended to take.

Once graduated, and armed with an array of knowledge and her massage license, Jorinda went to work launching her business. She opened her first business, Lemongrass Massage Therapy, and quickly started to see clients. Jorinda jumped at the chance to open her own business, because not only was it the perfect way to use her education in a loving and profitable way, it was also a great opportunity for her own personal growth.